Screwed by a Client yet Again, but for the Last Time!

This is the first article in a series of blog posts based off of the eBook, Pay Me… Or Else!

I want to set a scene for you, a moment made for reality television, plucked directly from my own life.

It’s 2am in the morning and I am pacing back and forth in my room, unable to fall asleep. I’m angry. An empty whiskey glass sits on my desk, poised next to my iMac – where the need for that glass first arose. I thought that by drinking it, perhaps this issue would simply sort itself out. That the warmth of the bourbon coursing through my veins might somehow counteract the seething rage I am feeling over a client unwilling to pay his debt.

But, no. I’m still angry. And still out money I am owed.

For two months, I busted my ass for Mr. Sinister. AKA, my client. AKA, the man who was so excited about my work and who got me so excited about building him a website, only to completely disappear once the work was done and the invoice submitted.

Say It with Me: Never Again

As a freelancer, I know you’ve been there before. You did your part. You completed contracts, clarified specifications, and delivered what was expected – on time and to completion. You have no doubt you fulfilled your end of the bargain, and no one in the industry would question your work. But now, you’re stuck with a shitty client who can’t even give you the courtesy of responding to your e-mails. Not even the last one, which you hired a lawyer to send.

OK, so it probably wasn’t an actual lawyer. We’re freelancers, after all – we can’t afford the ridiculous fees most lawyers charge. Particularly when we have clients who aren’t paying their bills in the first place. In my case, it was my girlfriend, who works as an intern at a law firm. But Mr. Sinister doesn’t know that.

Yet still... the asswipe refuses to pay.

That night, exactly two years ago, I made myself a promise. It was a simple promise, borne of  a desire to rid my life of clients like Mr. Sinister once and for all: Never Again.

I would never allow a client to screw me over again. And I would do whatever was necessary to keep that promise to myself.

I never did hear back from Mr. Sinister. No e-mails. No phone calls. No carrier pigeons. I tried a few more times on my end, but never got any reply. I also never sued him, mostly because I didn’t have the time or energy to do so. And because I knew that even if  I won, it would take years before I saw that money – and I would somehow have to cough up fees for a lawyer in the interim.

Suing would wind up being more work than it was worth.

And let’s be honest: clients like Mr. Sinister know that. They do what they do because they are fully aware of the fact that our power to enforce the contracts they sign is extremely limited. They take advantage of contractors who don’t have the resources to fight them.

I didn’t have the resources to fight Mr. Sinister. So, I let it go. But you can bet your ass that I kept that promise to myself. I never allowed it to happen again.

You’re Not Alone, We’ve All Been There 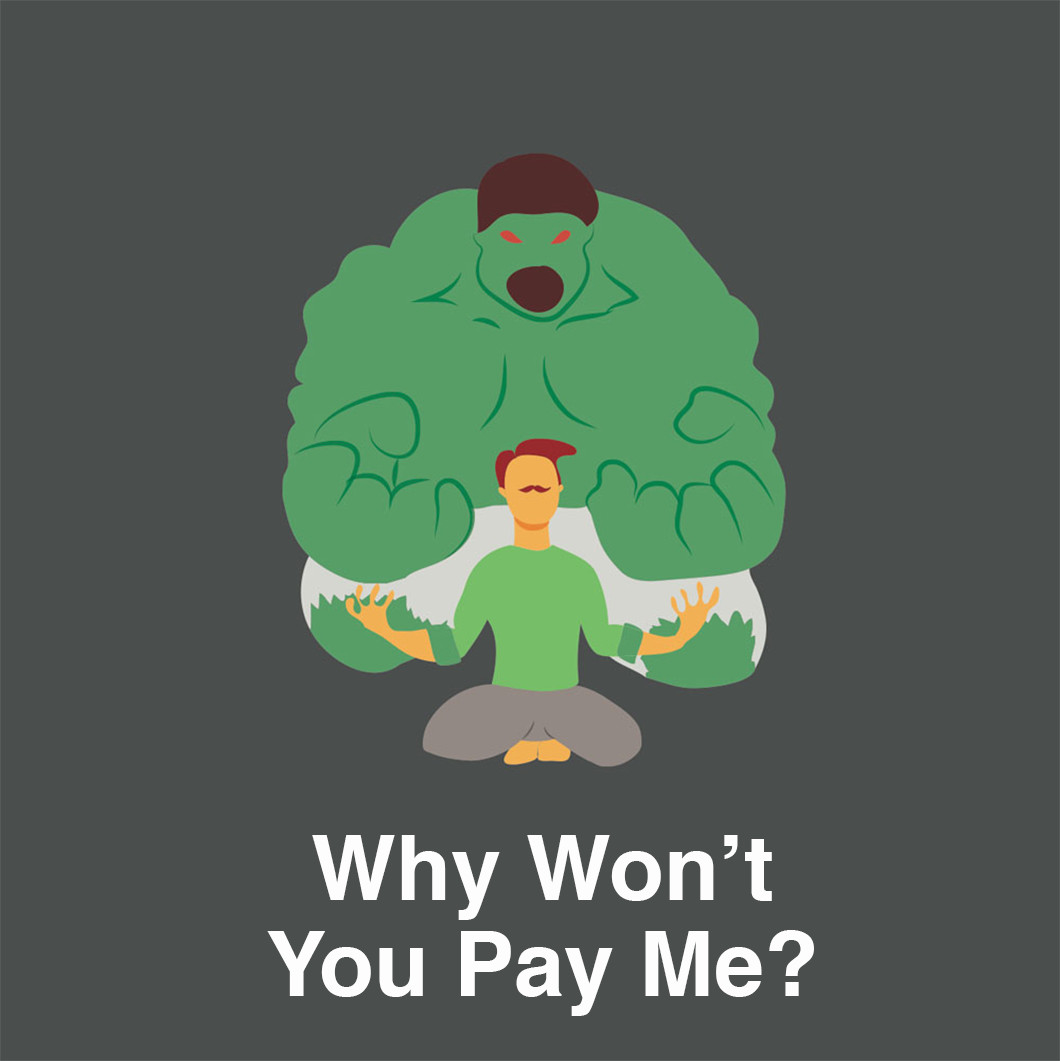 If you’ve been in the freelance design business long enough and if you find yourself sitting here still reading on, it’s fair to assume this has happened to you. And, if you are anything like me, you probably freaked out. Just like I did that fateful night. You may have even poured yourself a glass of bourbon to drown yourself in.

Or wine. Or beer. Or vodka. Whatever your poison may be.

“Why did I ever start this whole freelancing thing?” You found yourself thinking.

“I’m not built for this shit. Dealing with liars, thieves and cheapskate clients. I should have been a lawyer, just like my mom wanted. Those bastards make all kinds of money. Or maybe I could have worked as a teacher. At least they are paid on time.”

Yeah, you probably had all kinds of crazy thoughts right along those lines. I mean, a teacher? Would you really want to give up your autonomy and flexibility for that?

Well, maybe you would – particularly if you have been screwed over enough. But that’s the point: you don’t have to put up with that shit. You can be a freelancer and still get paid.

It's Not about Clients from Hell, It's about You 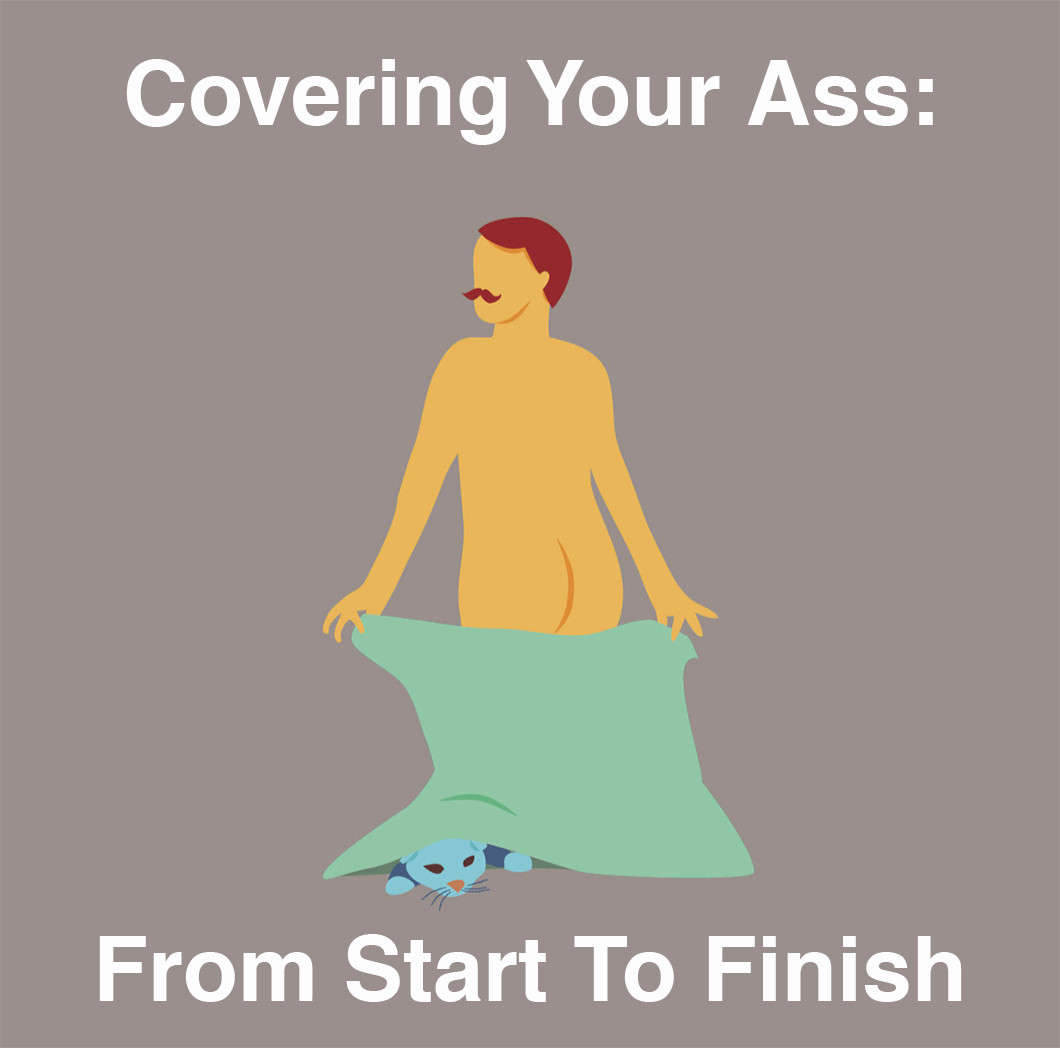 You may not realize it, but you aren’t alone in this treasure trove of injustice.

As I started to research this phenomenon, I realized that it seems to happen more frequently to certain people, and almost never to others. Pretty much anyone in a creative freelancing field has had to deal with this at least once in their careers. In fact, 8 out of every 10 freelancers have had a client refuse to pay, which led me to the question of why. Is this something we can control? Are there actions we can take in order to decrease the possibility of a client skipping out on their final invoice?

The reality is, it doesn’t matter if this has happened to you only once, or if it is a frequent occurrence. It only takes one villain client to ruin your motivation and affect your trust in and passion for working with other clients. That one asshole can make you lose faith in this entire way of life. They can make you question the dream you set out to fulfill in the first place.

This is a damn shame. There is no other lifestyle I would want for myself. No other lifestyle that would afford me the flexibility and opportunity to focus on my passions in the way that this one does. I’m sure if you’re honest with yourself, you feel the same way.

What I realized along the way, was that it’s not actually about clients from hell, even though they certainly play a role in it. It’s about you. About us; the freelance community. Moreover, it’s about the actions we can take in order to ensure we get paid for the work we do.

Your Personal Playbook for Getting Paid 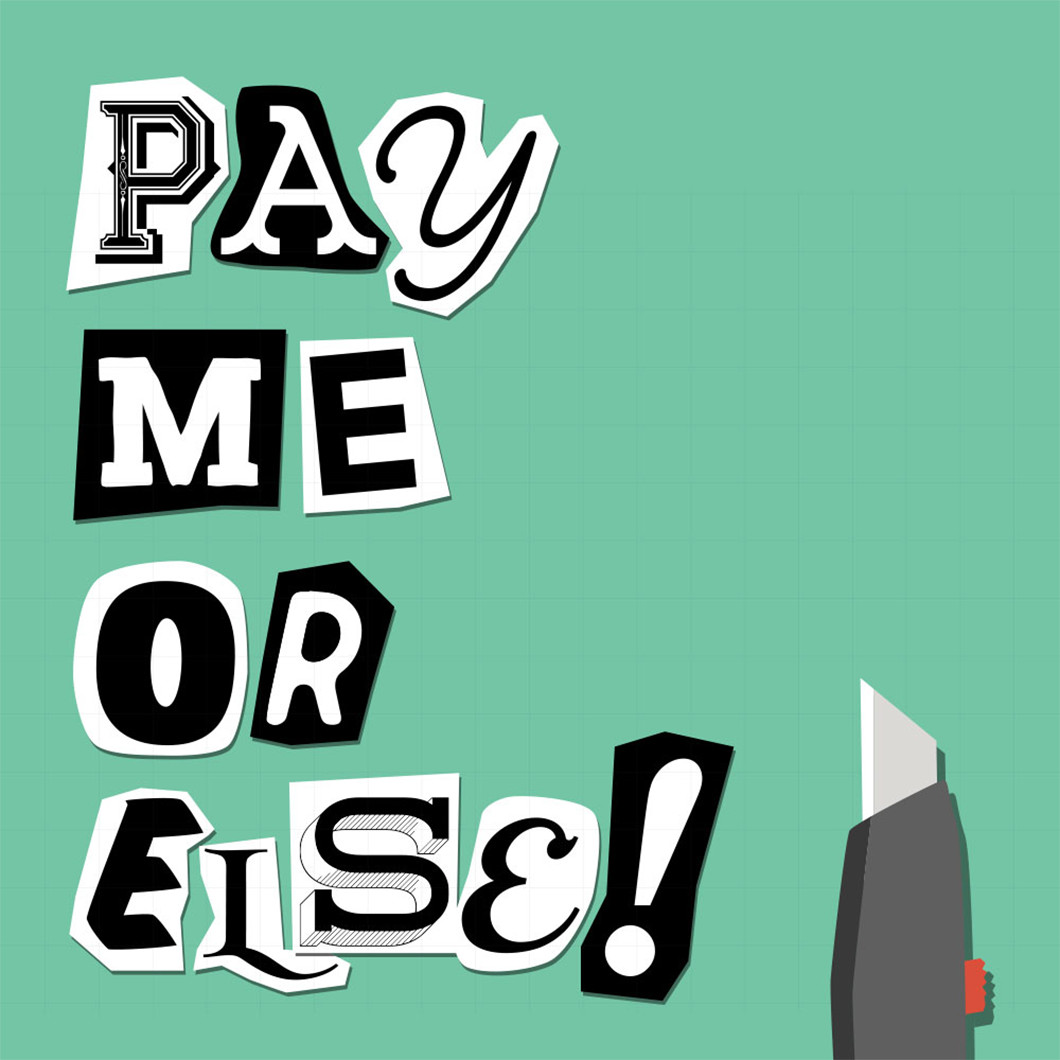 Creative people come up with creative solutions, which is just one more reason why the freelance community could probably benefit from their own reality TV show! Because nothing is ever quite as fun as a freelancer on the path to vengeance.

Short of vengeance, though, I decided to compile an eBook filled with tricks, tips and hacks to ensure that you don’t get screwed over by a client and get paid, on time and in full. While some of the advice is less exciting, it includes things we all need to know – like how to write contracts that will actually protect you. Don’t worry, though, I also included a few freelancer hacks that will blow your mind.

I’ll give you my insider analysis on:

If we unite, as a community of freelancers, we can stand as one against all those horrible, non-paying, clients. We can help each other by working together to make sure freelancers are taken seriously by all clients.

Today is the day to make yourself the same promise I made myself that night way back when. Never Again.

Lior is Head of Fun and CEO at The nuSchool. He is the author of 'Pay Me...Or Else! and 'Value For Money' and is a mentor at the Designer's Pricing Class.

Get the eBook. It's Free.

Brought to You by Webydo.

See how Webydo fits into your design workflow and business.